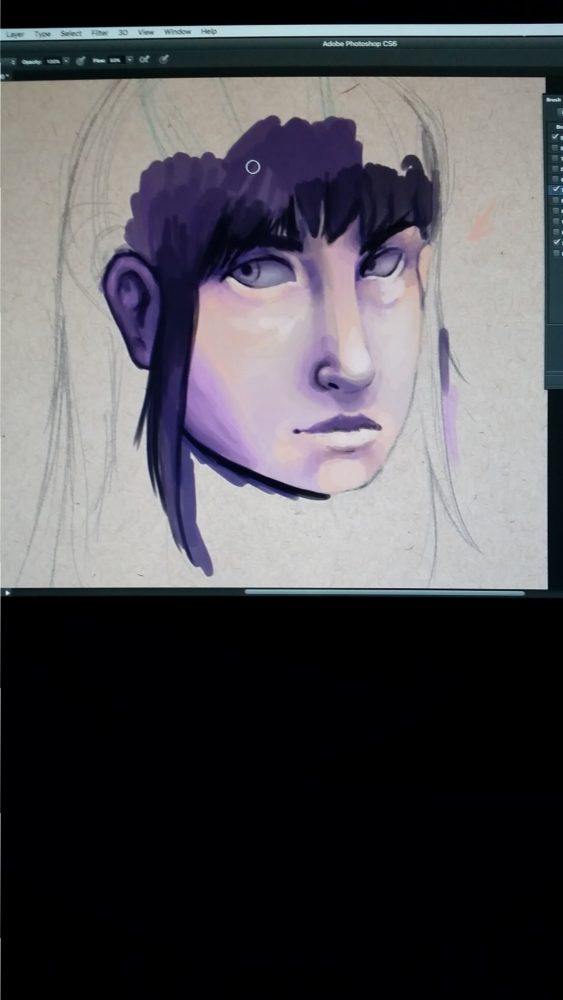 Often times I see a lot of illustrators (and a lot of friends!) who use such wonderful graphic tablet devices such as a Cintiq. I’ve always envied these but never really thought it was worth spending the money on one. When I started out in digital illustration, I worked strictly with a mouse. Once my skill grew a bit, I started out with an old, used Wacom Graphire 3 that I bought off of someone for $40 on the internet. It worked out great, but I decided to “upgrade” to something a little newer (the drivers didn’t work anymore), so I bought a Wacom Bamboo.


Up until this point, that is strictly what I have been using to complete my digital works. It worked out well for me for a long time, but it had its limitations. It did not have a “tilt” setting, and many other things that were potential new features I could not use. I started looking into Cintiqs as I had been curious about them for a long time. Many digital artists use this graphics tablets… I tried to get a pressure sensitive pen for my portable Samsung tablet or even my phone, but that didn’t end up panning out.

I received my graphics tablet yesterday. Exciting! Upon opening the package I had:

There was also a small brown box which had:

That was it. One of my complaints would be the lack of documentation that came with the item, and the fact that they included a mini CD which is unusable in any of my devices. I digress, however – I was able to download the latest drivers off of Monoprice’s website, and also view the user documentation there as well.

One thing I would note is I didn’t really prepare myself to how big this thing is. I put it next to my iMac and I have almost no desk space to work with, now, which says more about me and my desk setup than anything, but it might be worth purchasing a vesa swing arm or the like if you have a large monitor/display and want to use one of these things. However, it is worth noting you can change the position of the Monoprice tablet to be vertical or horizontal (or a mixture of the two) with the stand at the back. I also noticed that the Monoprice tablet seemed to have a cooler native white point than my iMac, which will require further calibration on my part to get them to display similarly.

I had done a little bit of prep work before and made sure to order a mini displayport to HDMI adapter off of Amazon so I could use this Monoprice graphics tablet with both my MacBook Pro and 27” iMac. I plugged it in, installed the drivers, and it appeared to be working for the most part. I had some difficulty with Photoshop that made me have to upgrade a few things to get settled properly, but after that was done I noticed I couldn’t get into the preferences. Every time I went to “quick setup” as was in the online user documentation, the Monoprice setup utility simply said “noDevice”. I uninstalled and reinstalled the drivers multiple times to no avail. After a brief phone call to tech support (they were extremely friendly and helpful), the driver install needed to be completed while the graphics tablet was unplugged. This fixed it! I was on my way.

The setup utility is very limited, with only having a slider for soft to hard pen tip (you can choose), and being able to assign one button on the actual tablet pen itself. There are no sensitivity settings, although there are hard contrast, brightness, and color options on the display itself on the underside of the unit. The Monoprice tablet also has a hard power button on it, which I am grateful of so I don’t have to unplug it every time I am done using it for the day.

I had started a sketch that I wanted to try out on the new tablet, which was supposed to be a birthday gift to my friend and co-author Tory Keith of her character, Brooke. 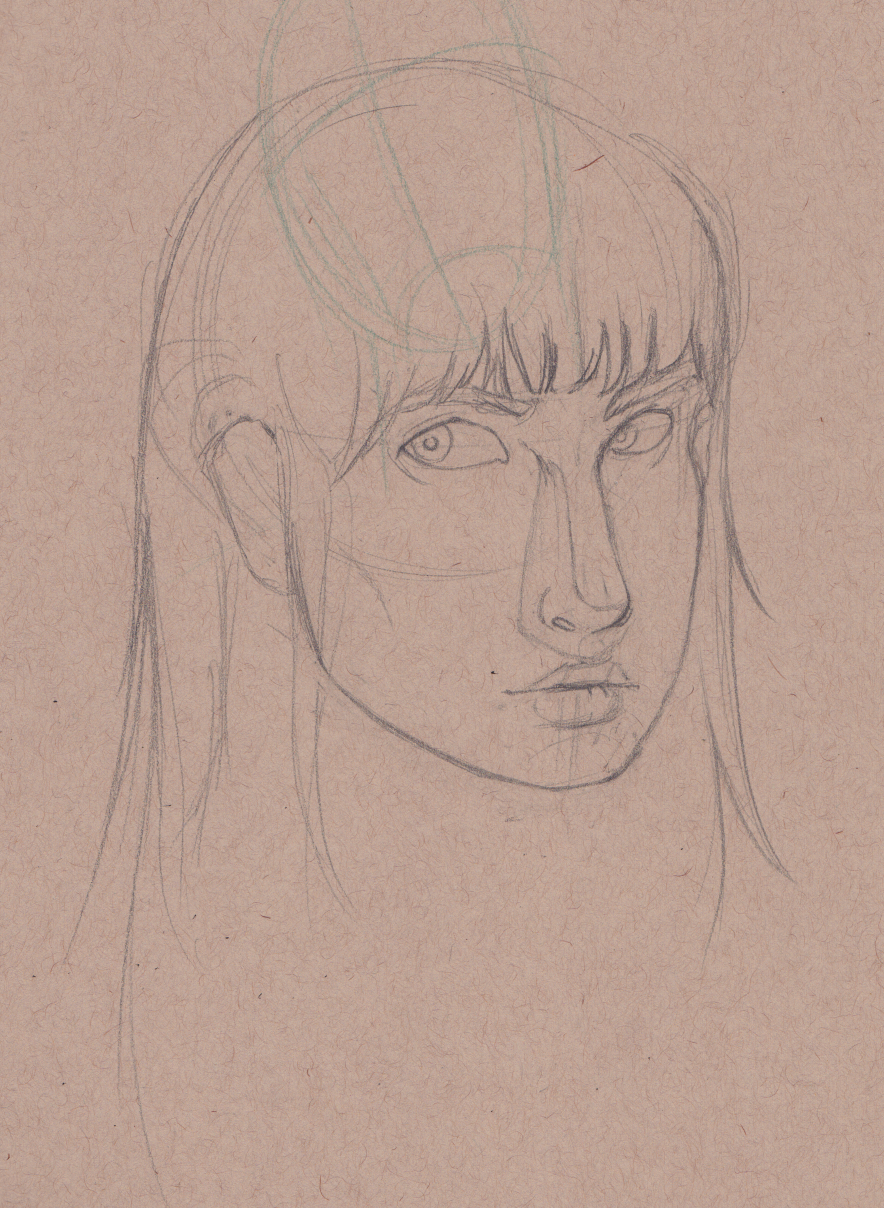 After working with her on tweaking parts of the drawing, I did a lot of doodling around. It was fun to get to draw directly ON the drawing, and I very quickly noticed that my drawing time was drastically cut. My desk setup made me do a lot of bending and flexing (as I still need to keyboard since there are no replaceable hotkeys on the Monoprice tablet) so make sure your keyboard is in front of you and useable. I think that was most of my awkward drawing time… trying to figure out how to draw and get to the buttons I needed to. 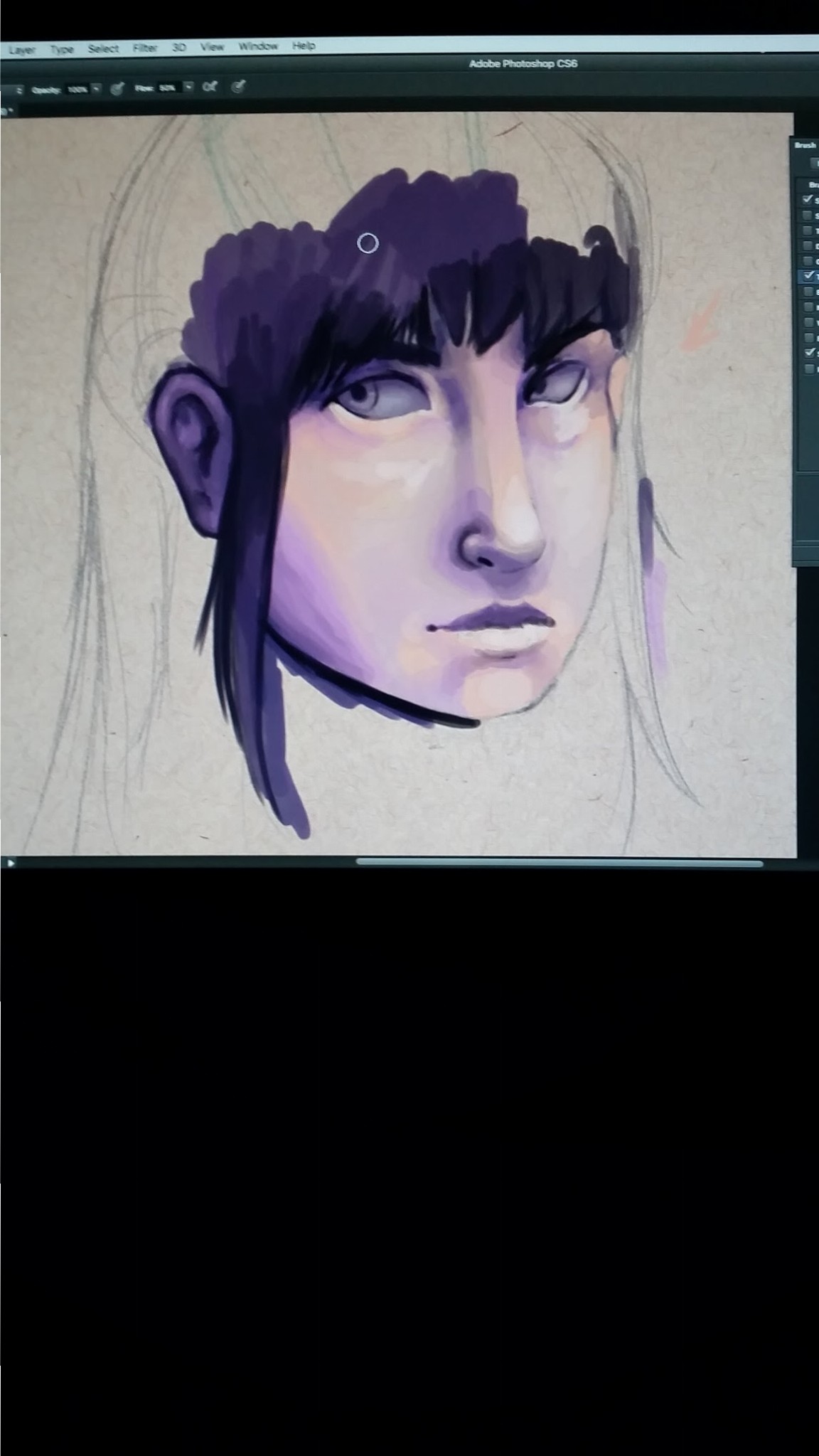 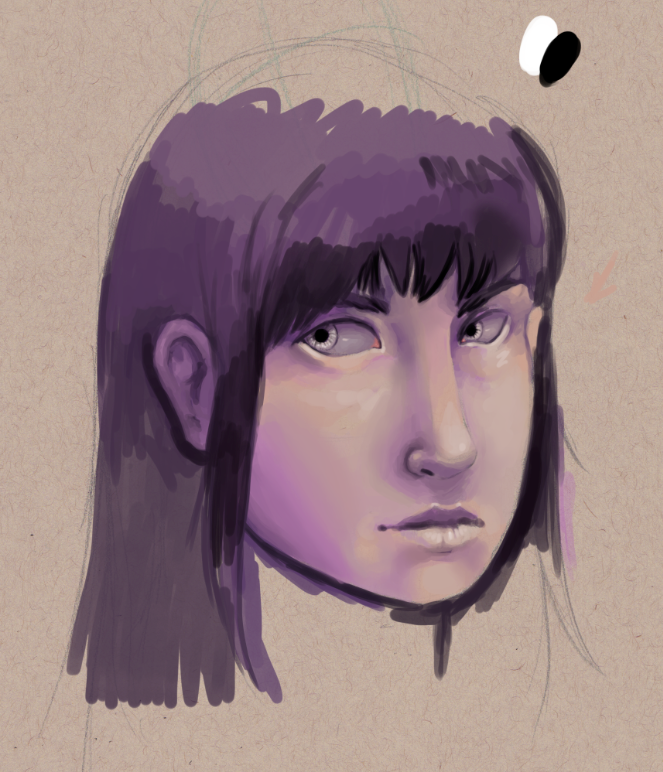 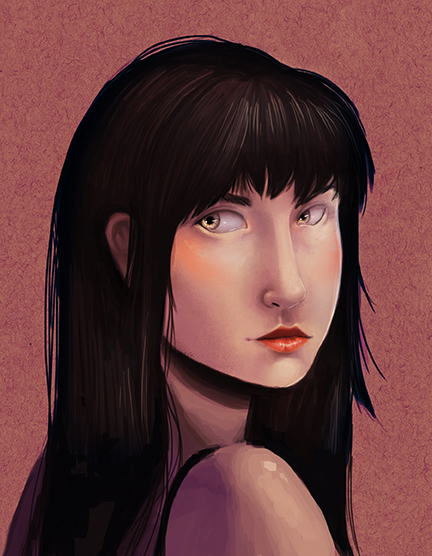 I also heard that the pen nibs are interchangeable with Wacom style nibs, which I am curious to try. A friend of mine said that having a different pen nib can help with the “sleek, slippery”ness of the glass display. I am certainly going to try this with my Wacom tablet pen and Monoprice tablet pen, to see what the difference is (if any) and if one is preferable over the other.

All in all, this seems like a reasonable mid-tier product for such a low price. It has a lot of flexibility but might not have all of the fun workability features a Cintiq might have. I’m excited to use it and see how it works out… Maybe I’ll even get to update my review.