Buy Me A Tea 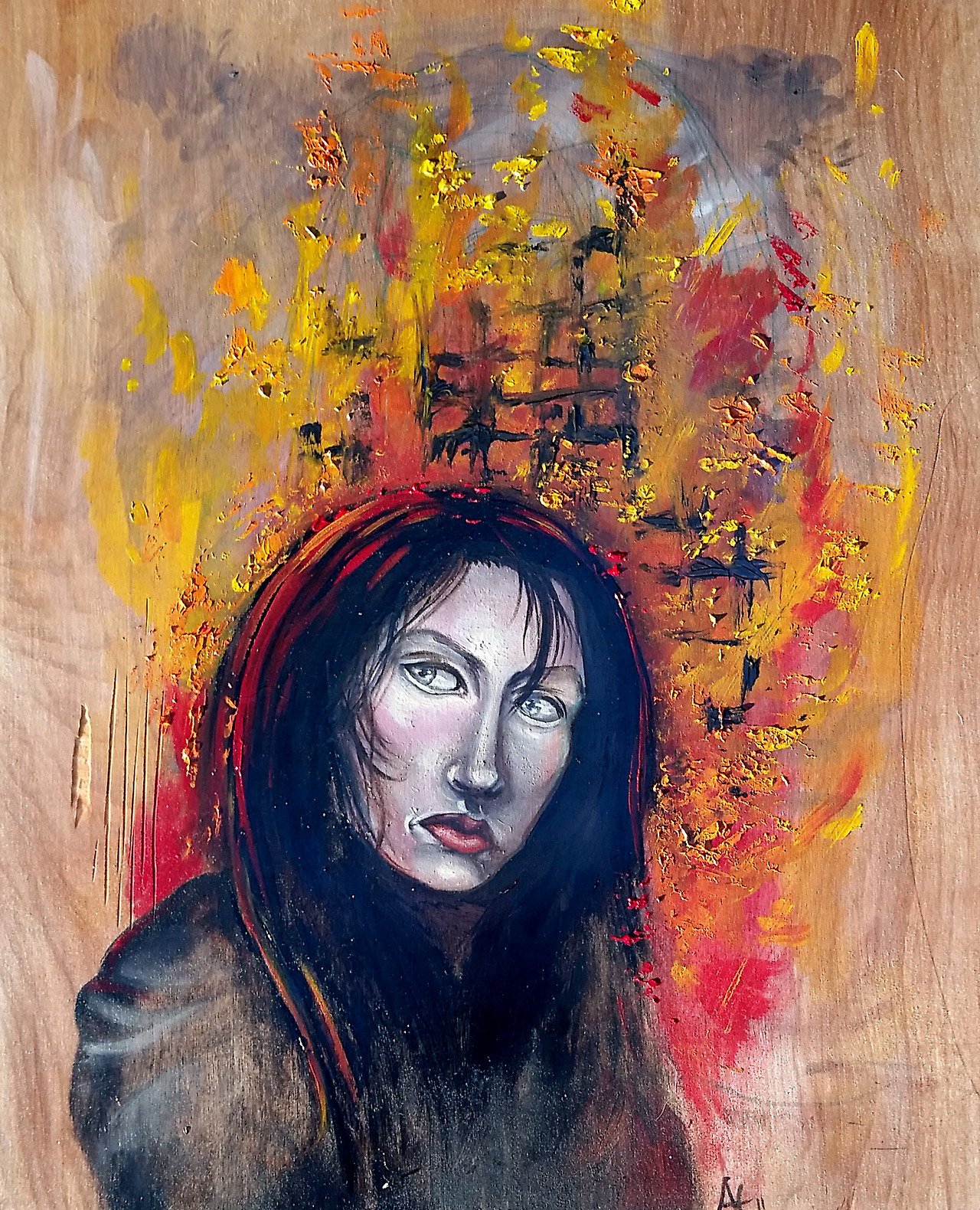 So you may recall that I recently participated in the Nasty Women Boston exhibition at the Laconia Gallery to benefit Planned Parenthood and Color of Change. Not only was this an excellent exhibit, with fantastic works from a wide variety of artists championing resistance in the face of all that is happening in our tumultuous political world, but a lot of really awesome things happened to me during the course of the 10 day exhibition period.

1. My work was accepted to the Laconia Gallery exhibition in Boston

First and foremost, I was accepted to the Laconia Gallery Nasty Women exhibition which was taking place in Boston’s historic SoWa district. My art would be present during a first Friday. I’ve never done anything like that before, and it was a dream of mine to have artwork — even just one piece — to show up in an art gallery in Boston. So that was absolutely amazing.

2. My work was sharing a wall with legendary street artist, illustrator, and activist Shepard Fairey

I wanted to go on the sale night on Friday 9/8, but I was working late and probably wouldn’t make it in time. I figured I would probably go on Sunday instead. While I was lamenting the loss of the art sale night (and most likely busiest night), I started browsing Instagram for pictures of what the exhibition ended up looking like. As I was pulling up photos, of course I was looking to see where my artwork was hung. Usually (it feels like, anyway) it’s in some far off corner and isn’t photographed. This time was a little different.

This was the first photo I saw, shared by Nasty Women Boston themselves:

First I noticed what I thought was my art, then I squinted… Wait, is that work by Shepard Fairey?

3. The Daily Free Press Boston contacted me about my artwork

Author and student Antonia DeBianchi reached out to me to ask me questions about my work and my participation in the Nasty Women exhibition in Boston. While I gave possibly the worst telephone interview of my life (I’m not great at saying all of the things I want to while on the spot), this was still an awesome opportunity to talk about my art and what it means.

I went briefly into talk about the character in the piece — Brooke. I don’t talk a lot about the book I am writing, titled Marked for Life, with co-author and fellow artist Tory Keith, but this is actively something we are both trying to fix. We do want our book to end up out in the world for other readers to enjoy, but we’ve been working on it for over fifteen years at this point. It’s like we’ve reared a child and we’re being very protective about it and how it will be received.

Anyway, Brooke is an extremely independent woman. She is cast into a role where she’s taking on what is typically considered a “man’s job”. She’s strong willed, even so far as to being stubborn, but that does not mean that she’s stupid. She will do anything that is necessary to get a job done because her work demands of it. She’s not above scrimmaging for food, running from the cops, or sleeping on a fire escape. She’s more or less a “street rat”, but with every possible thing available to her, she makes the best of it. She may not complain, but she will certainly not keep her mouth shut in the face of injustice or unfairness. She’s the perfect sort of nasty woman for this exhibit, I thought. Continually defiant even in the face of all odds, she is the immovable object by which an unstoppable force strikes. And I have Tory Keith to thank for writing this excellent character.

4. My work sold in the most fantastic way

When I went to see the show on Sunday, the last day of the show, I came in around 3:15 PM — about 45 minutes before they closed. A lot of the artwork was already off of the walls, making that photo of my work with Shepard Fairey’s for myself impossible — his prints sold probably as soon as the art sale started. There was still tons of great artwork on the walls, but mine was still up and unsold. My mother and I walked around the exhibit for a while, and before I left I asked the woman running the show if it would make more sense for me to take the work home with me since I was there rather than send post for it. She agreed, and she walked out to grab some bubble wrap to help me wrap it up.

But right then something magical happened. Two people came in right then and they stood in front of my work for a long moment. After a couple of minutes of lingering, they asked to purchase it! Of course I didn’t stand idly by — I had to introduce myself and thank them for purchasing. It’s not often that I get to meet many buyers of my artwork when in a gallery setting like this. One of the purchasers told me that Brooke would be going next to a framed version of Elisa Chavez’s “Revenge”. The purchaser pulled up a video of the author reading the poem live and let me watch as this strangely familiar poem set out for me… It turns out I had read this poem on Tumblr shortly after Election Day and reblogged it on November 28th, 2016! Part of it goes like this:

we didn’t manifest the mountain by speaking its name,
the buildings here are not on your side just because
you make them spray-painted accomplices.
These walls do not have genders and they all think you suck.
Even the earth found common cause with us
the way you trample us both,

oh yeah: there will be signs, and rainbow-colored drum circles,
and folks arguing ideology until even I want to punch them
but I won’t, because they’re my family,
in that blood-of-the-covenant sense.
If you’ve never loved someone like that
you cannot outwaltz us, we have all the good dancers anyway.

This is so amazing! I can’t even believe that this piece of poetry that resonated so hard that me, the person that reblogs dumb things like Game of Thrones gifs on Tumblr, slammed the reblog button and tagged my friends is going up next to my oil painting. Even better: all of the funds are going to Planned Parenthood and Color of Change. Glad I could be of service in so many ways!

This last week has been something particularly special, I must say.